In Finland people drink a lot of coffee. As the matter of fact the most in the whole world. And a big slice of coffee consumption leans on one, quite small shoulders. They belong to an elf called Paavali Nokipannupoika Gaffebaus – commonly known as Bean.

Bean is Korvatunturi’s official coffee elf and he is really enthusiastic about it. He has tuned all of his elf senses to developing the perfect Christmas coffee. The perfect recipe has been refined for 147 years and coffee has been drunk about the size of a medium large forest pond.

Santa Claus himself is the number one customer for elf Bean. Every morning Santa Claus is poured a steaming cup of coffee straight from Pauli’s traditional copper pan. Today it was the mix number 3008 with a touch of lichen. We don’t know yet if it was good or not. 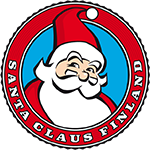